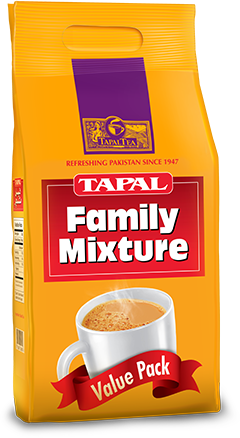 In Pakistan, a cup of tea is so many things to so many people. It’s an invitation to chat, a chance to relax during a busy work day and an essential part of tradition of hospitality.

Each cup is prepared with pride and carefully presented, turning even a casual interaction into something special.

Every family prepares a cup of tea in its own unique way. Some add equal measures of milk and water, and boil the mixture with tea leaves to create an aromatic brew called ‘doodh patti’ or ‘milk tea’. Others prepare it in a tea pot, pouring hot water over tea leaves to create a golden beverage which is then presented to guests in delicate tea cups. Many people prefer to use tea bags instead and prepare refreshing mugs of tea on the go. Sugar is added liberally to sweeten the taste of the country’s favorite beverage and milk is usually added as well.

Tea also holds a starring role in the time honored tradition of welcoming guests. Whether it’s an office or a home, the first question the host asks a visitor is if they would like a cup of tea. When it comes to the penultimate occasion of arranging a ‘rishta’ or marriage, then good tea becomes symbolic of so much more – the bride’s domestic prowess, the tastes and social graces of the family and subsequent compatibility with the groom and his household.

In fact every occasion, whether solitary or social is enhanced by a steaming cup of tea!

So popular is the beverage in Pakistan, that about over 1 kg of it are utilized per capita every year, which is one of the highest rates of tea consumption in the world.

Get In Touch With Us