With deep social and cultural roots in Pakistan, Tapal prides itself on being an active, socially responsible entity with initiatives in the fields of education, sports and medicine.

Under the banner of its social welfare platform, Humqadam, Tapal strives to develop support systems for Pakistan’s infrastructure, and set a philanthropic example for others to follow. Some of our activities include: 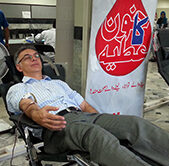 In December 2014, Tapal hosted a blood donation drive at the Indus Hospital in Karachi, which is a tertiary care multidisciplinary hospital that was constructed in 2004, for a noble cause supporting those in need, which yielded a turnout of 344 people. It was heart-warming to see such a large turnout of people willfully participating in a great cause like this. 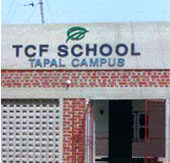 Tapal has been active in advocating the cause of education by establishing quality schools.

With this vision in mind, Tapal joined hands with The Citizens Foundation (TCF) to build its own primary school campuses in rural Sindh to do its bit for promotion of quality education at the grassroots level in an environment that encourages intellectual, moral, and spiritual growth.

TCF, a professionally managed, not-for-profit organization set up in 1995, is one of the country’s leading organizations in the field of formal education. The first unit of TCF Primary School – Tapal Campus, Hala, Sindh was made operational in August 2006, and the second in August 2008with 31 per cent of female students as TCF follows all female faculty policy which encourages parents to send their daughters to schools.

Get In Touch With Us